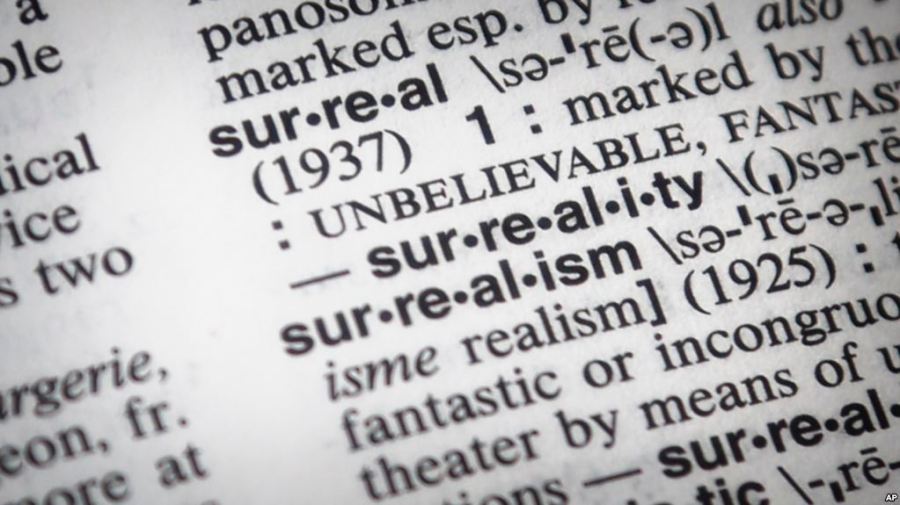 How did the Merriam-Webster Dictionary choose surreal as their Word of the Year for 2016? Peter Sokolowski explains the data behind their decisions, and what that tells us about what people were thinking this year.

Surreal is Merriam-Webster’s Word of the Year because it was looked up significantly more frequently by users in 2016 than it was in previous years, and because there were multiple occasions on which this word was the one clearly driving people to their dictionary.
Read more over here on Merriam-Webster’s most excellent blog.

The Oxford Dictionaries Word of the Year 2016 is post-truth – an adjective defined as ‘relating to or denoting circumstances in which objective facts are less influential in shaping public opinion than appeals to emotion and personal belief’. Their blog is really worthwhile checking out as well.