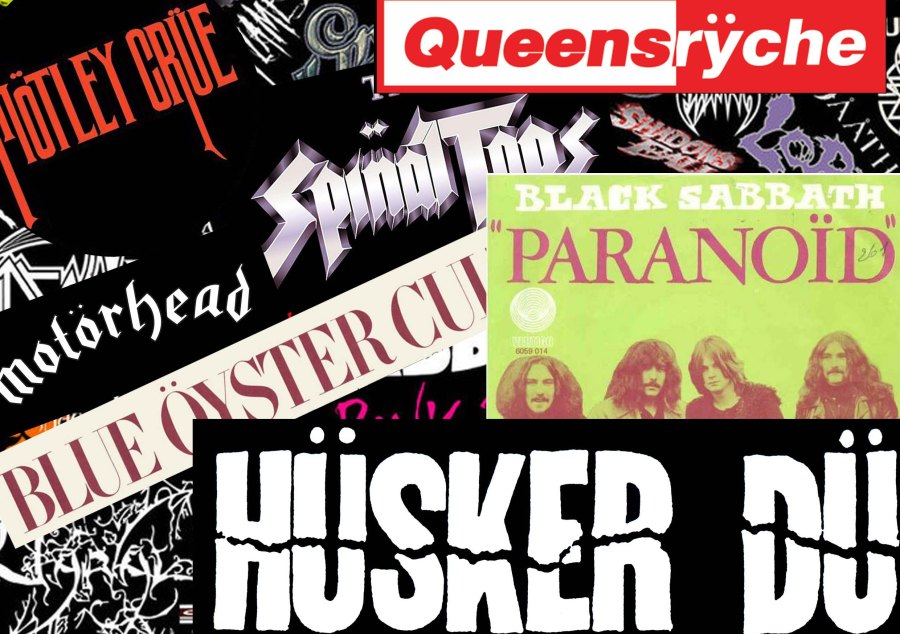 The German Umlaut started to appear in various Germanic languages around 450 or 500 AD and it’s been really popular with hard rock or heavy metal bands ever since. The most famous example is, of course, Motörhead.
Their singer Lemmy Kilmister once said in an interview, “I pinched the idea off Blue Öyster Cult. Then Mötley Crüe pinched it off us and it goes on and on.”

The metal umlauts have been parodied in film and fiction. A character in the Guitar Hero game series is even called Lars Ümlaüt. In the mockumentary film This Is Spın̈al Tap, fictional rocker David St. Hubbins says, “It’s like a pair of eyes. You’re looking at the umlaut, and it’s looking at you.”

The first gratuitous use of the umlaut in the name of a hard rock or metal band appears to have been by Blue Öyster Cult, in 1970. Blue Öyster Cult’s website states it was added by guitarist and keyboardist Allen Lanier, but rock critic Richard Meltzer claims to have suggested it to their producer and manager Sandy Pearlman just after Pearlman came up with the name: “I said, ‘How about an umlaut over the O?’ Metal had a Wagnerian aspect anyway.”

Motörhead followed in 1975 and Lemmy also advised his guitarist Würzel to add an umlaut to his name. Then the band Hüsker Dü debuted in January 1979 and Mötley Crüe formed in 1980. According to Vince Neil in the band’s Behind the Music edition, the inspiration came from a Löwenbräu bottle. They subsequently decided to name their record label “Leathür Records”.

The umlaut is supposed to give a band’s logo a more Teutonic quality—connoting stereotypes of boldness and brutality presumably associated with Germanic and Nordic cultures, but it is not generally intended to affect the pronunciation of the band’s name. Speakers of languages which use an umlaut may have trouble with the pronunciation nonetheless.

Vince Neil of Mötley Crüe told Vanity Fair, “[W]e put some umlauts in there because we thought it made us look European. We had no idea that it was a pronunciation thing. When we finally went to Germany, the crowds were chanting, “Mutley Cruh! Mutley Cruh! “ We couldn’t figure out why the f*** they were doing that.”

Geoff Tate, the lead singer of Queensrÿche, said, “The umlaut over the ‘y’ has haunted us for years. We spent eleven years trying to explain how to pronounce it.”

— How to speak Death Metal English

– Funny Yü should ask — Cam Hassard about the Umlaut